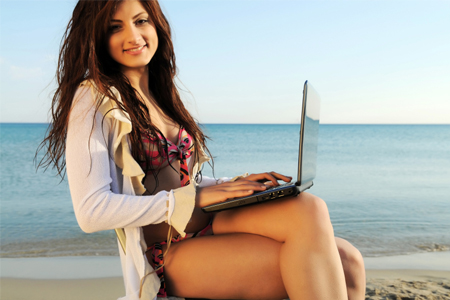 For the person who loves to work, but wants to do it on their own time and from their own place - even the beach if they so choose, freelancing is a perfect option. Since the economic collapse of 2008, I’ve had a successful run in the freelance market, whether I had a full-time job or not. Entering the freelance market seems daunting to some, but it is actually quite easy and while my freelance career spanned the journalism, public relations and marketing industries, I believe there are the five tips to develop a career as a freelancer no matter what industry you choose:

Work For Companies That Know Your Work…When I was at the Bronx Times Reporter, I had regular contact with local businesses and academic institutions.  As such, I would regularly reach out to the same people for quotes or background information.  You develop relationships with these contacts and when I left full-time journalism behind, I started reaching out to those contacts for side work.  I had taken a six-month contract with The New York Public Library, working in public relations, but I didn’t know what would happen when those six months were up. Having side work was very important to my financial stability.  As luck would have it, a contact I made at one of the academic institutions I covered, was looking for a freelance writer to create feature content for its website.  She hired me on a freelance basis and it’s a relationship that is still going strong almost eight years later.  I’ve developed similar relationships working for public relations firms I have dealt with as a journalist.  The reason is simple - When someone already knows how well you perform your job, they are more likely to hire you.

Work For Companies You Used to Work For…As I just said, when someone already knows how well you perform your job, they are more likely to hire you.  So, when I left the Bronx Times Reporter and my six-month contract came up with The New York Public Library, I ended up unemployed.  Someone might fear going back to their former employer, worried they might hold a grudge against you for leaving or might be pleased with your current predicament, but you shouldn’t fear this at all.  That’s your ego getting in the way of opportunity.  I have always tried not to burn a bridge with former employers and have a good track record in this department.  So, when I explained my current predicament with my former publisher, he hired me to maintain their weekly community calendar, so I had consistent work.  He also provided me with larger freelance projects as they became available and even helped me land a freelance gig with The New York Post (The Post’s parent company, News Corp., had owned the Bronx Times Reporter), so the relationship was especially fruitful. I also obtained work, writing articles for a magazine, working for the former advertising rep I met back when I had an internship with the Norwood News (an even more local Bronx paper). And before I came back to Vault, I freelanced regularly here, working on press releases and other projects.  Leaving a full-time job may open up new possibilities if you are open to them.

Work For Companies Where You “Didn’t Get the Job”…During my bout with unemployment, I interviewed with Phoenix Books, a publishing company on the west coast.  I was hoping to become a book publicist and was willing to relocate for the right opportunity. Because of the relocation involved, Phoenix Books did not hire me on a full-time basis, but they seemed to like me and I made an off-hand comment about being willing to still get my foot in the door of the publishing world.  That off-hand comment earned me a freelance gig publicizing Dick Van Patten’s autobiography, which was awesome since I grew up watching his show – Eight is Enough. The freelance gig worked out, but not to the extent I had hoped. Still, it was an amazing experience made possible by my decision to think outside-the-box during my job search.  Just because one door closes, doesn’t mean there isn’t another entrance.

Work For People Who Know People…The network you worked to create is there for a reason.  Reach out to people you know and see if they know of any freelancing opportunities that are available.  They may be able to put you into contact with someone.  At the same time, when you are working on freelance projects, make sure to tell the people you are working for that you are looking for additional work and would appreciate the referral. Word-of-mouth is important to developing a successful business and that includes your freelance business.  I have picked up some small jobs through referrals, but I picked up a big job based off my Facebook network.  Who knew the “People You May Know” section would be helpful to me, but it was.  I developed a relationship with a business owner who based her decision to hire me off our mutual friends network.  That partnership continues to be successful to this day. Your friends have more to offer than just a shoulder to cry on.

Work For People You Always Wanted To Work For…At my previous job, I met a colleague who was into Hip Hop music as much as I was, but hated what had happened to Hip Hop in recent years.  I, too, was looking for performers whose craft harkened back to the glory days of the genre.  She developed my interest in Bay area Hip Hop.  Regularly, we would discuss artists we discovered.  We both had a mutual affinity for Ruby Ibarra, a Filipina rapper who often infused Tagalog into her music.  The more I listened, the more I enjoyed her music.  One day, as a fan, I just reached out to her, and we discussed our mutual tastes in music.  I was surprised she responded, because she was developing a following.  Then I posted an off-handed comment about Missy Elliot’s amazing performance at last year’s Super Bowl.  She commented on my page.  When I discovered she was about to release her full-length CD, I decided to pop the question – who is doing PR for your music? And the job was mine. All it took was a little perseverance.

Freelancing is a great opportunity to make extra money and develop your career. All you have to do is seize the opportunity and ask.

Read More:
How to Effectively Use Social Media to Develop Your Brand
Unemployment – Still the Best Thing to Happen to Me
The Real Signs It's Time To Quit Your Job 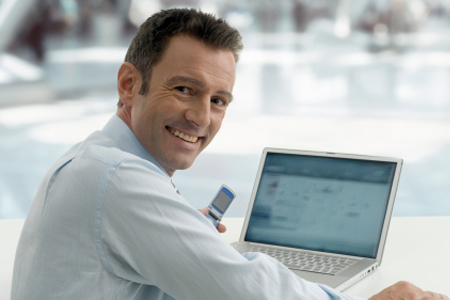