Dear Sam Polk (A Letter to a Wealth Addict)

I read (re-read) your January 18, 2014 New York Times op-ed, “For the Love of Money,” with great interest and even greater admiration. Currently, I’m a third-year college student at a school in Boston (☺), and, like the young Sam Polk, before he realized that he was addicted to wealth, I, too, am very enthusiastic, to say the least, about pursuing a career on Wall Street. Which is the reason I’m writing you today.

Although I know that you are a very busy man (I know that you have a wife, run your own nonprofit, and, since your much-talked about op-ed, are currently on the “PR circuit”) I was hoping you could take a few moments out of your busy (but much less busy than when you were a wealth addict!) schedule to answer a few questions I had based on your aforementioned article. I would be most grateful for any and all answers you may have to the following questions, as they will, without a doubt, help me in the pursuit of my career goal$, if not happiness:

1. When you write that you “had a propensity for self-destruction that had resulted in [your] getting suspended from Columbia for burglary, arrested twice and fired from an Internet company for fistfighting,” and that you “lied [your] way into the C.S.F.B. internship by omitting [your] transgressions from [your] résumé,” are you implying that if one omits one’s misdeeds and misdemeanors from one’s resume, then one is lying? If so, this is news to me—and, to be honest, I have been lying on my resume ever since I can remember, leaving out all the so-called unsavory things that I have done over the years when compiling my resume, only including things that can be deemed “positive.” And so, if I follow you, perhaps one, if one wishes to be truthful and not lie, should include a section at the bottom of one’s resume entitled something like: “Crimes and Misdemeanors” or “Recent Transgressions”?

2. You write that “C.S.F.B. didn’t offer [you] a full-time job, and [you] returned, distraught, to Columbia for senior year,” and that, “after graduation, [you] got a job at Bank of America, by the grace of a managing director willing to take a chance on a kid who had called him every day for three weeks.” Now, what I would very much like to know, and what I have been pondering for quite some time, is this: What, exactly, did you say to this MD every day for three weeks? I ask because if, by chance, I don’t receive a full-time offer from the Wall Street firm I intern for, I’d very much like to know how to “stalk” an MD properly. (According to my ex-girlfriend Paige, calling someone every day for three weeks, if they don't call you back, is stalking.) I’d like to know, for example, if you asked about the weather first (that is, if you small talked the MD first) or just got right into the begging? Did you discuss the latest Journal headlines? How did you get in touch with this MD in the first place? Anything else you can think of that might be helpful if I find myself in the same unfortunate situation that the young Sam Polk did?

3. Speaking of your getting a job at BofA but not C.S.F.B., are you implying that BofA was a far less prestigious organization than C.S.F.B. back when you were a wealth addict? Is this still true? Would you say that BofA is at least a decent “safety” bank? And when you write that you “walked away” from Wall Street after you “demanded $8 million instead of $3.6 million” and didn't get it, do you think you might've been on a much different career track at that point and you might've been given that $8 million if you had a better pedigree, that is, if you had spent all those early years of your career at a much more prestigious firm than BofA (say, if you had worked for Goldman Sachs or J.P. Morgan)?

4. When you write that “just four years after [you] started at Bank of America, Citibank offered [you] a '1.75 by 2' which means $1.75 million per year for two years, and [you] used it to get a promotion” and then “started dating a pretty blonde and rented a loft apartment on Bond Street for $6,000 a month,” do you mean that before you were a millionaire that “pretty blondes” were above your weight class/out of your so-called league? And, based on your experience, how long would you estimate that an above-average (6.75 on a 10-point scale) looking guy who went to a school in Boston (☺) and who works for one of the bulge-bracket banks would have to make/wait until he can date a “pretty blonde”? Also, how many square feet was your apartment on Bond? I ask because it’s my understanding that you can get much more for your money (though perhaps there are fewer “pretty blondes!”) across the East River.

5. I was wondering if you could elaborate on the application and interview process surrounding how you went from working at a place where “the guy next to you makes $10 million” to “working elbow to elbow with billionaires.” That is, how exactly does one jump from a trading desk at a big bank like BofA (or wherever you were working at the time; it’s actually a bit unclear, perhaps purposefully so?) to a hedge fund? Did you send out (transgression-free) resumes? Did you take hedge fund managers to Knicks games? To late lunches at Per Se? Did you call them every day for three weeks until they took a chance on a guy only making “$1 million or $2 million”? Also, which hedge fund did you join? Any contacts there that you can pass along?

6. Lastly, you write that you’d “come to Wall Street after reading in the book Liar’s Poker how Michael Lewis earned a $225,000 bonus after just two years of work on a trading floor.” Although I haven’t read Liar’s Poker, I certainly plan to (right after I watch Oliver Stone’s Wall Street for the ninth time and Martin Scorcese’s The Wolf of Wall Street for the seventh time). And so, I’m wondering if you have a preference among: a) the Kindle version of Liar’s Poker, b) the mass market paperback, or c) the audio version, read by Michael Lewis himself. (And, by the way, did you know that Lewis is apparently publishing another Wall Street book in a few months entitled Flash Boys, the news of which, I understand, has already increased high-frequency trading applications tenfold?).

Again, any all answers would be most appreciated.

And thank you in advance for your time. I realize it is extremely valuable.

Read more:
For the Love of Money (NYT)
The 'Michael Lewis Sign': A Lagging And Potentially Contrarian Market Indicator (Forbes)
The Werewolf of Wall Street (Vault)

Which Industries Lost Most Jobs in 2013? 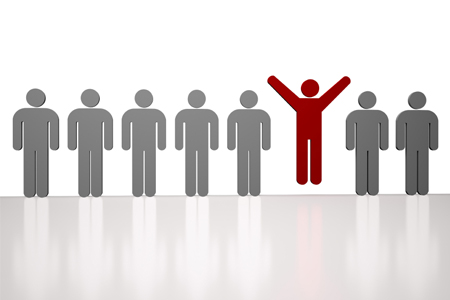 Which Industries Created Most Jobs in 2013? 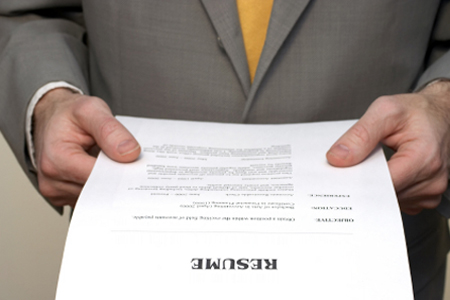 Slim Down (Your Job Search) in 2014
Filed Under: Finance|Job Search