Why I Left a Trendy Company for a Start-up 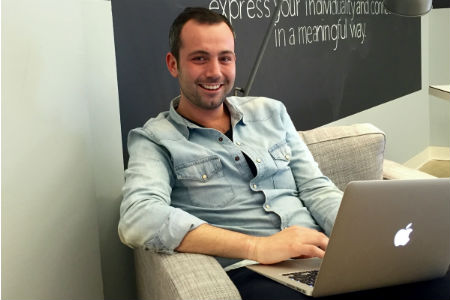 A sweet spot currently exists between the relative glimpses offered by Vine videos and the lengthy, highly produced content of YouTube, and the new app KnowMe aims to fill that spot. Founded by Emmy-winning director of HBO’s The Jinx, Andrew Jarecki, KnowMe seeks to close the gap between users’ desire to create high quality video content and the availability of a tool to do so.

KnowMe launched on January 21, 2016 as an iPhone app and seeks to radicalize the simplicity and efficiency of compiling and editing quick videos. The app allows users to talk over personal photos and videos, as well as media from the internet, with the ability to edit the compilations with just a few clicks. Unlike other video sharing platforms, KnowMe allows users to overlay music, either from their device or from KnowMe’s licensed music library, on their personalized narratives. Although videos created through the app can be shared on any social media platform, KnowMe includes its own discovery feature, allowing users to share finished products with others on the app.

Even before KnowMe launched, it had gained a celebrity following from users like J.J. Abrams and Sean Hayes, including Catfish’s Nev Schulman who serves as the app’s ambassador. It had also caught the attention of others in the tech industry, luring them from established giants to come join the start-up. Amongst the forces that make up KnowMe is Matt Little who serves as Director of Operations at the start-up. We took a few minutes to chat with Little about his new role and what it means to leave an established start-up to help launch a new one.

Q: You left a very reputable company for a small start-up. What was your role at the former company?

A: I had several roles at my previous employer, all focusing primarily on operational improvement - things like process mapping and analysis, workflow design, and project management of cross functional initiatives.

Q:  What do you do at KnowMe and is it similar to your previous job?

A: I still work in Operations at KnowMe, but my areas of focus are definitely broader. From HR to facilities to project management, my responsibilities are more diverse and touch more parts of the organization.

Q: How did you choose KnowMe?

A: In looking at my career goals, I knew that I eventually wanted to start something on my own or be involved in building a company from the ground up. I also knew I wanted to help advance a product I really believed in. KnowMe offered the opportunity to do both – to work alongside passionate people and help build a cool product, and to drive towards the mission of enabling people to authentically tell their stories through video, a sentiment that really resonated with me.

Q: When and why did you decide to leave your previous employer?

A: I was actually exploring new positions within my previous company when I discovered the opportunity at KnowMe. I would have been happy to stay and grow at my previous employer, but I liked the idea of a completely new challenge where I could get my hands dirty.

Q: Do you find that many employees are leaving larger companies for smaller ones due to the fact that when they move, there is typically a job title increase involved?

A: I can only speak from my own experience, but title was a very secondary concern relative to scope and opportunity for growth.

Q: What is the biggest difference in working at a new start-up rather than a successful but older start-up?

A: Going from a company that is 1,200+ to a company of 14, there are obviously going to be cultural and operational differences. At any early startup, you have to be a lot more comfortable with ambiguity. Things are much more dynamic and sometimes a bit chaotic, which can be both exhilarating and at times slightly unnerving – you just have to be ready for the ride and have a certain level of comfort with uncertainty.

Q: Is the culture between the two vastly different?

A: Culture is an interesting thing because it’s intrinsically shaped by the people who work at a company. So, the biggest difference is really just the impact an individual can have on the culture. At a place like my former employer, where there are over 1,200 employees across the globe, culture takes on more of a life of it’s own. Whereas somewhere like KnowMe, there is a lot of potential for individuals to impact, shape, and change company culture.

Q: Is your day-to-day vastly different than before?

A: Yes and no. The scope of my job has certainly changed, but the nature of my work is essentially the same. With that being said, the operational challenges of a 14-person start-up are substantively different than those of a much larger company.

Q: Are all burgeoning start-ups doomed to lose some of their culture and original employees?

A: I would hardly say start-ups are "doomed". As an organization grows it’s naturally going to change, and an evolving culture and attrition are a healthy part of that growth.

Q: Do you think there is a way this could be avoided?

A:I don’t think this is something to be avoided. Rather, I think it’s something to be acknowledged, embraced, and made part of an open dialogue within organizations. By acknowledging these changes as part of growth, communicating what is being done to retain culture and employees, and opening a two-way conversation about change, employees can feel a sense of involvement, and hopefully ownership, in the direction of the company.

Q: To you, what is a successful start-up?

A: There are obviously a lot of metrics for success when evaluating a start-up. To me, from a workplace satisfaction and personal accomplishment perspective, a successful start-up is an organization which works tirelessly towards it’s mission, embraces change, and ultimately has an impact on the lives of it’s users.

Q: What is your advice for someone that wishes to work for a start-up?

A: Be proactive – don’t be afraid to reach out to people in the industry or at a company you’re interested in and grab coffee. Meeting people and immersing yourself in the space you want to pursue is a great way to get your foot in the door. Because startups change at a rapid pace, so do resource needs and you never know when or where opportunities are going to emerge.

Is Hard Work Paying Off?

Which Companies Have the Healthiest Employees? 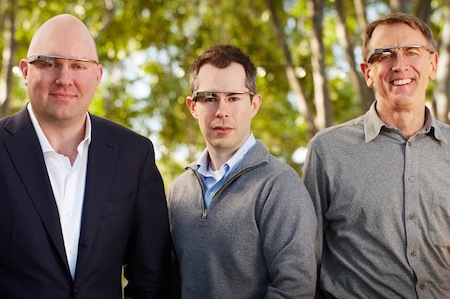 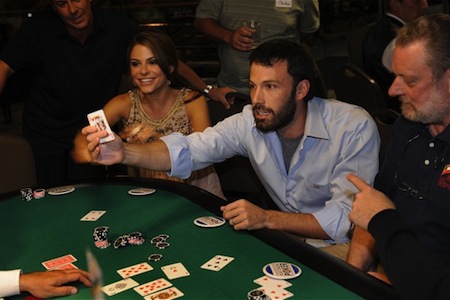 How Your Mother's Advice Can Lead to a VC Job in Silicon Valley
Filed Under: Interviewing|Networking|Technology Tags: changing jobs|interviewing|interview questions|KnowMe|start-up