Interview Tips From the 2013 Oscar Speeches 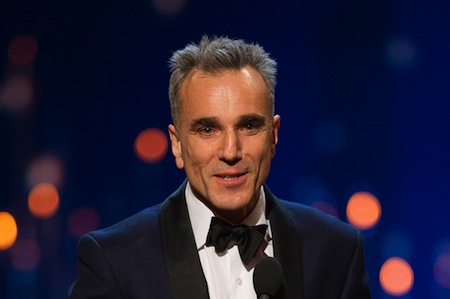 Four score and forty-eight months ago, in the Blossom Room of Hollywood’s Roosevelt Hotel, the first Oscar statues were handed out for outstanding achievements in the motion picture industry. What also occurred that night eighty-four years ago, and what would occur approximately twenty-six fortnights later (the following year), and every year since, is each recipient of an award handed out by the Academy of Motion Picture Arts and Sciences would stand and deliver an acceptance speech, also known as an Oscar speech. And although those first Oscar speeches weren’t televised, every Oscar speech since that night in 1929 has been, and they’ve been seen by audiences around the world, not just in the fifty states. In fact, the Oscars (and Oscar speeches) have become as popular as the FIFA World Cup and the Games of the Olympiad. And this past Sunday night was no exception, as more than forty million people watched and listened to the latest Oscar speeches, some of which were memorable, some of which were forgettable, and some of which can be emulated. And it is these that can be emulated I’d like to celebrate today. So, without further introduction, here are a handful of interviewing tips gleaned from the 2013 Oscar speeches.

1. Speak slowly and carry a strong pitch.
Perhaps the one lock of the night came in the best actor category; there was little suspense when Daniel Day Lewis’s name was called to accept the Oscar for his portrayal of the 16th President of the United States, Abraham Lincoln. Lewis, who’s stood at the podium to accept the same Oscar during a previous Academy Award ceremony, perhaps knows more than most how to make an excellent Oscar speech. Still, no other award recipient, accepting for the first or second time, gave a better speech Sunday night than Lewis. He spoke slowly, eloquently, clearly, and concisely. He began with humor and ended with heartfelt thanks—to his wife, his director, and the man he portrayed. All of which is good advice when interviewing. That is, speak slowly and clearly when answering questions, and a little humor, in the right spot, will go a long way. I should also point out that Lewis, during his speech on Sunday night, as well as in other interviews, always appears to think very deeply before speaking—which is another great interviewing tip. That is, don’t be afraid to pause and think before beginning your answer. It’s much better to have a few seconds of silence pass than to start down a path from which you can’t find your way back. Or to find yourself mumbling, “Um … like … um … so … ”

2. If you make a misstep, make light of it—right away.
Although on the way up to the podium to accept the Oscar for best actress Jennifer Lawrence literally missed a step (or else she stepped on her gown, which was the size of the Salton Sea), she didn’t metaphorically miss a step when she finally made it to the stage. “You guys are just standing up ’cause you feel bad that I fell,” said Lawrence to the hundreds of people on their feet, giving the actress a standing ovation. Lawrence’s quick wit received a chorus of laughs, as well as more applause. The lesson here is if, say, you slip and fall on your way into your interviewer’s office, acknowledge that slip and fall as soon as you can, following your misstep with something light such as: “Walking isn’t one of my strengths.”

3. Getting emotional is good.
Perhaps one of the reasons that so many people tune in to the Oscars every year is to catch a highly emotional speech involving choking up, deep breaths, hands to the heart, and, of course, lots of tears. It’s also why so many people love going to the movies. To that end, on Sunday night, although there weren’t that many tears, there were some emotionally charged moments. And one such moment involved Adele Adkins, who won an Oscar for best original song along with her co-writer Paul Epworth. Adele, during her short acceptance speech, appeared genuinely moved by the recognition, expressing her gratitude in as moving and tear-jerking of a manner as she delivers her songs. In fact, it was such an emotional moment that many Oscar observers ranked the speech as the best of the night. Now, while I don’t recommend getting yourself worked up to the point of tears in an interview, it is a good idea to express emotion when delivering your answers to interview questions. For example, passion (for your work and perhaps the job you’re applying for) is one emotion you can safely put on display. Joy (in connection with your pursuits and interests) is another.

4. Straighten your tie, fix your collar.
Although I'd most definitely place a few Quentin Tarantino films on my list of the top 50 American movies made since 1992 (perhaps ranking the underrated 1997 film Jackie Brown the highest of Tarantino’s offerings), I would not want the iconic writer/director to give a toast at my wedding. On Sunday night, even before Tarantino arrived at the podium to accept his very-deserving award for best original screenplay, he looked (a) drunk, (b) tired, and/or (c) like a mad scientist. Which, if you’re working behind the camera on a movie set, isn’t an issue. But it is if you’re standing in front of millions of people, or merely have an audience of one—that is, if you have an interview. So, don’t do as Tarantino did if you're auditioning for a job, even if it's a job not in a buttoned-up industry such as banking, accounting, consulting, or law. Or even if you (like I do) prefer a casual and almost-but-not-quite disheveled look as opposed to a slick, creased, and starched one. What you should do, though, is button your shirt, straighten your tie (if you’re wearing one), and fix your collar. A quick check for any unruly strands of hair or lipstick on the incisors is also recommended. Another “don’t” to take away from Tarantino’s speech was his sign-off. When leaving your interview and bidding your interviewer farewell, there are many appropriate things you can say (such as “thanks again” or “I really appreciate your time” or something more original, though not necessarily as original as something an award-winning writer might come up with) but “peace out” is not one of them.

Read More:
Watch: All The Oscar Acceptance Speeches From Affleck to Adele (Indiewire)
6 Trickiest Interview Questions and How to Nail Them
3 Interview Tips From Johnny Ramone
Interview Like a Two-Term President 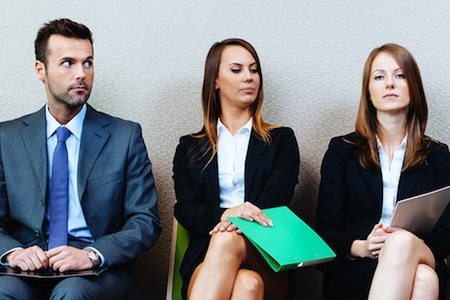 5 Interview Tips from a Global CEO 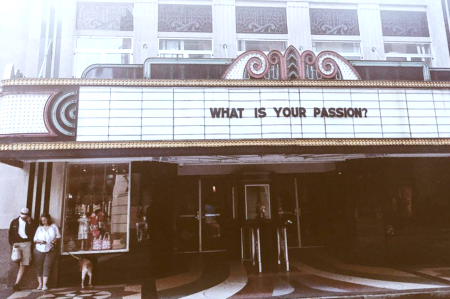 Answering the ‘What's Your Passion?’ Interview Question When You Have No Passions