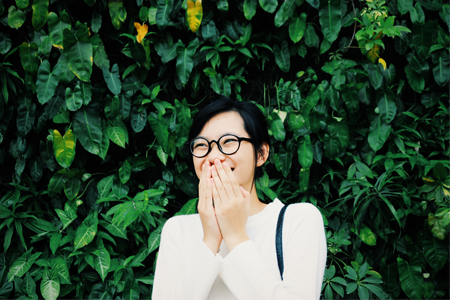 Preparing for an interview can be daunting, exhausting, and nerve-racking, but what if the interview itself proves to be worse than the prep? We talk a lot about interviewing here at Vault.com, so we decided to share some of our most horrifying interview stories. From puns to current events, an interview can cover many topics and go badly in many ways. Check out our list of some of the craziest interview stories below!

1. I had an interview at a brand management firm and was prepared to answer the typical behavioral questions. Instead, the interviewer provided me with a case study I had to complete on the spot. I had to create an extensive plan to rebrand a well-known company, and every suggestion that I proposed the interviewer shot down. Finally, he decided to walk me through the case study and explain how I should have answered, using frameworks I had never learned. When I asked about work-life balance, he said, “Honestly, if you’re looking for a job with easy hours, this is not the job for you.” Needless to say, that job was not the right fit on any level.

2. When I walked into a company’s office to interview, a secretary named Jill greeted me. We chatted for a bit, before she took me to the office of the executive who was going to interview me. The interview went quite smoothly until about halfway through, when I addressed the executive directly, but accidentally called her by her secretary’s name. She corrected me on the spot. Definitely not my finest moment.

3. I once had an interview at Professional Sports Publications. While sitting in the waiting room, an employee started screaming at the person who was set to interview me, demanding his commission. I was offered the job on the spot. After doing my research, it turned out the company has been known to not pay their sales reps. Help Me Howard!

4. I once had an interview at Google. During the interview,they asked me how many barbers there were in NYC. I was taken aback by the question, so I responded “Let me Google it,” which they didn’t find funny.

5. In early 2009, I interviewed at a small law firm for a temp-to-perm office admin position. I'd done a phone interview and was told by my contact at the temp agency that staffs the firm that it was basically done — they loved me and just needed to do the interview as a formality. The interview was in late January, and it was incredibly cold. I dressed in a giant coat, brown tights, and big warm boots. When the partner I'd spoken to on the phone brought me into her office, she barely said a word of small talk or welcome before she tore into me. She started with: "Didn't [Agency Contact] tell you that we're a business casual office?" I dress solely in business casual attire, so I was confused. But don't worry, she clarified. I had so clearly offended her by wearing boots instead of heels, brown tights instead of nude or black nylons, and a camisole under my collared shirt that was not, in her opinion, appropriately high enough a cut. She also insisted that I remove my eyebrow ring. Without saying anything of substance to me, she told me she was going to hire me, but that I should arrive on Monday at nine "dressed appropriately — because I can't introduce you to the other partner like this." I left the place pretty much in tears. I was desperate for a job, as all work was basically nonexistent during the financial collapse. I spent a solid half hour in a coffee shop calling every possible contact I could think of to see if there were any other leads, so that I wouldn't have to work at that place. Just as I was about to resign myself to my fate, my temp agency contact called to let me know that the partner at that firm had changed her mind, and they didn't want to offer me the position. Quite frankly, I was relieved.

6. At a previous job, I was inviting candidates in to be interviewed for a position that would serve as a direct report to me. I met some interesting people. There was the guy who had previously made it to the final stage of interviews for my position and seemed more interested in sizing me up than explaining why he was qualified for the job. There was the guy who made it to the second round of interviews and charmed everyone until he tied my supervisor’s years of service at the company with her age. When I was having trouble finding someone, I asked my direct colleague to sit in on the interviews. The first woman who interviewed with us asked my direct colleague if she was my assistant despite having been told otherwise prior to the interview. My colleague happened to be of Asian descent, so we were both appalled when another candidate never addressed her during the interview except when to discuss his experience with Tai Chi, staring right at her the two times he uttered the words. But the one that scared us the most was when we interviewed a former military man who had an impressive résumé. When he came in for his interview, he was wearing a waiter’s outfit and told us he had to rush back to his job after the interview. When we asked him questions based off his résumé, he seemed confused and just stared at us in a way that made us very uncomfortable. At one point, he actually told us he really wasn’t interested in the position, but he needed a better job so just applied to everything. Upon leaving, he shook my hand and said, “I’m sure you’ll be contacting me.” We were uncertain if he meant it, but we were scared about his reaction to the rejection letter.

7. Miraculously, simply through a blind résumé drop to an open job posting, I was given an interview for a great position at one of the most prestigious publishing companies on the planet. Through some stroke of luck, I made it through three rounds of interviews and a couple of take-home tests and was one of two finalists for the job. The last interview was with 15 people from the team I’d be joining if I got the job. They sat around a big conference room desk, all peppering me with various questions. I was very nervous, but was doing well, feeling as though I was connecting with most of the people while answering their questions calmly and thoroughly. Then they asked a question about a certain current event and what I thought about it. The event was big news at the time, and I should've known more, but I hadn't been keeping up. I said “I don’t know,” and I immediately felt the entire room go silent and the air in there sort of deflate like a balloon. Needless to say, I didn't get the job, and although I don't know for sure that the question decided my fate, I believe it very well could have. 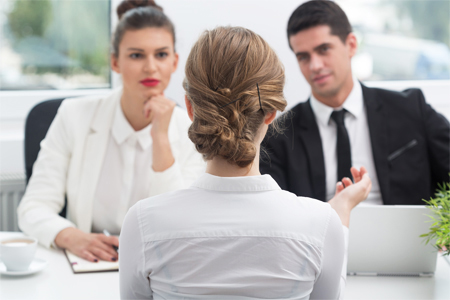 5 Tips for Handling a Panel Interview 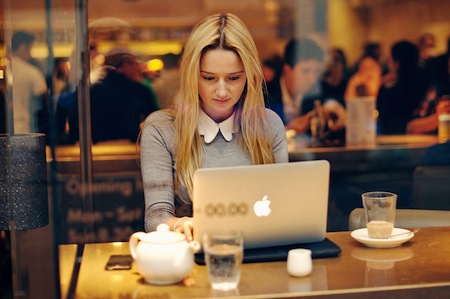