In light of the credit crunch of late 2008, students are going to see the same "How did we get here?" question masked in a variety of forms. A solid understanding of subprime and other credit-related products, write-downs, and leverage is key to answering these kinds of questions. Below are some examples of questions you might expect. All of these are designed to test your knowledge rather than assess your past behavior.

1. What is meant by mark-to-market? Why is this important to hedge funds, banks, etc.? Why is it relevant now, more than ever?
Mark-to-market is the process by which securities are recorded on financial statements using current market prices, as opposed to purchase prices or accounting values. As the credit crisis unraveled, many banks and investors were forced to write down assets to current market values. This had a dramatic impact for a multitude of reasons. For example, many banks and investors used these assets as collateral to borrow against, in order to make other investments. As the value of the assets declined, so did the amount these investors and banks could borrow. Secondly, as assets are marked down, investors are often likely to sell (and/or forced to sell) their assets so that they don't keep losing value. Selling naturally depresses market values further, causing a ripple effect: As more and more is sold, more and more value is lost. As we saw in late 2008, this can cause a panic, where people seek to move large amounts of personal investments into cash and are willing to sell at any cost.

2. How do you think the credit crisis happened?
Although this can't be summed up in a sentence, paragraph, chapter, or even a book, there were a number of important events that caused and/or fueled the crisis. First, over the previous few years, consumer and corporate borrowing reached record levels due to low interest rates and friendly borrowing conditions. This led to a significant expansion in corporate growth from personal spending. In this expansionary cycle, many individuals and corporations were lent money they should not have been, which led to a massive amount of supply in the new-issue securities markets, most notably the mortgage market and the credit markets. People were buying new homes at record rates, and companies were completing a record number of deals.

However, as demand from investors for these new types of assets evaporated and the economy slowed, a massive amount of new supply that had not yet been sold (new mortgages, LBOs, etc.) was stuck in the system. These new deals were then sold at a discount (or never even sold at all), thus depressing market values. Furthermore, this oversupply and the effects of the slowing economy led to increased consumer defaults on mortgages, increased corporate defaults on loans and bonds, massive write-downs by financial institutions, and significant losses in the financial markets.

The true difference between this and other cycles was the record amount of consumer and corporate leverage, as well as the creation of significant investor value that led to a period of insatiable demand and new innovative financial products. However, once the demand slowed in 2007, the markets were left to deal with the repercussions.

4. What is a NINJA loan?
NINJA is a standard acronym for a type of loan to a homeowner that requires "no income, no job, and no assets." It's often categorized as a subprime loan, as it is typically made with little to no paperwork, generally to borrowers with less than an average credit score. Many economists pointed to these types of loans as a sign of the impending subprime meltdown and the deterioration of lending standards by banks and mortgage originators. These, as well as other types of loans, were packaged (i.e., grouped together) and sold to investors as CDOs (technically, Collateralized Debt Obligations). The fundamental argument in favor of CDOs is that these mortgages were well diversified across different geographies, loan sizes, and income levels, such that the only way they would all default is if there was a major collapse in the mortgage market in general, due to oversupply and a widespread economic slowdown. This is precisely what happened in late 2007.

5. What are some examples of defensive stocks?
In general, a defensive stock is one that performs well during a period of economic slowdown, such as that of a basic goods company or even a discount retailer. These stocks do not generally outperform the market during periods of rapid economic growth, and thus they typically trade at lower P/E ratios than many competitors, as well as have significantly lower volatility. Defensive stocks are often mature, dividend-paying stocks.

6. What do you think are some good investments in an economic downturn?
Although similar to the previous question, this question is likely to be posed in today's volatile markets. A good answer will have a practical view, as well as show some fundamental research. For example, if you were to recommend an investment in discount retailers, you might be asked some sector fundamentals (i.e., historical P/E ratios, performance during past downturns, etc.), as well as what you personally think about a particular company's market position (i.e., whether or not you like the product offerings, what you think of the company's strategic positioning, etc.). In a tough job market, it's especially advised to prepare your own market view and have investment ideas and clear examples before heading into an interview.

The above was excerpted from the new Vault Guide to Finance Interviews (the 9th edition, which was published earlier this year). 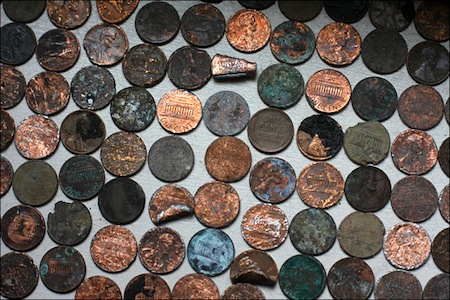 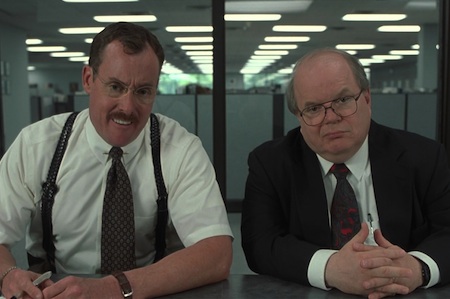