The Ultimate Educational Showdown – Who Should Pay for College? 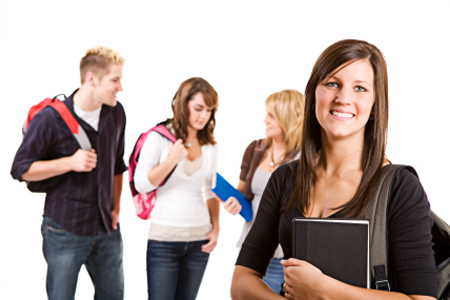 The apple of her parents' eye, a New Jersey teen recently sued her parents for private high school and college tuition. Although the judge ruled against the teen, the lawsuit raises an interesting question. Who should pay for college? Well, it depends on who you ask. My guess would be that most students would prefer that parents foot the bill, and in more affluent families, it may be a given that parents are dropping the cash for their children’s college tuition. However, as the price of higher education continues to rise, many parents may be unable or unwilling to open their wallets.

Two experts weighed in on the debate in the Wall Street Journal.

Meir Statman, a finance professor at Santa Clara University's Leavey School of Business, argues that parents should pay for their children’s college education, even if that means parents must take out loans or use their own retirement savings.

Statman believes that parents should view a college education as an investment rather than a luxury good. Most high school graduates simply aren’t able to make the investment without taking on a crippling amount of debt. That debt can delay or even prevent young adults from achieving goals like home ownership, starting a family, starting a business or even saving for retirement.

Moreover, Statman continues that a college degree may provide graduates with significantly greater earning power that allows them to jumpstart adulthood and may come in handy if parents ever need financial support later in life. Rather than owing the bank monetary debt, children will owe their parents a debt of gratitude.

Time to Grow Up

Linda Herman, a psychotherapist and author of the book Parents to the End: How Baby Boomers Can Parent for Peace of Mind, Foster Responsibility in Their Adult Children, and Keep Their Hard-Earned Money, argues that students should pay for their own higher education.

Herman looks at the cost of a college education from the financial perspective of parents rather than from the future benefits to children. She believes that parents must protect their own finances that are likely already strained by the increasing costs of raising children and other responsibilities such as caring for aging parents. The additional burden of college tuition may be too heavy for some parents to bear.

She argues that paying for their own college education will teach students valuable life skills such as budgeting and planning as well as to assist them to make better decisions. Students may choose to attend lower cost institutions and earn more practical degrees. She also believes that when students fund their own education, they are less likely to slack and will earn better grades.

While all that character building described by Herman certainly sounds productive and may create more capable adults, those benefits do not outweigh the paralysis that student loan debt can create. Adult milestones such as homeownership, marriage and having children may seem unattainable or unwise when saddled with excessive debt. Student debt is often to blame for Millennials so-called reluctance to join adulthood. Parents who may have found more financial freedom by foregoing the cost of their children’s education may have their personal freedom limited once again when their 22-year-old children move back home because their entry level salary doesn’t allow them to pay rent in addition to student loan payments. Rather than teaching children about responsibility by having them pay for college, parents may be putting them at a disadvantage and preventing children from achieving their goals or becoming autonomous adults.

Additionally, students who are unable to finish their degree because they are too overwhelmed by work and school are at an even bigger disadvantage. Although they carry student debt, they don’t have the degree that debt was supposed to pay for, making it more difficult to find a job that pays enough to cover living expenses and student loans.

Parents and children should start the discussion of who will pay for college long before Senior year. If parents do not feel they will be able to financially support their children through college, they should be upfront about this fact and encourage their children to save in advance. Parents and children could also agree to split the costs and debt to prevent parents from facing financial ruin, but to allow children to graduate with a more manageable amount of debt.

Who do you think should pay for college? Let us know in the comments!

Dealing with Debt
Determine How Much You Should Borrow
Is Your Law School Ranked Highest for Soul Crushing Debt?
Should Parents Pay for Their Children’s College Education?
Avoiding Poverty: Why Millennials Move Back Home