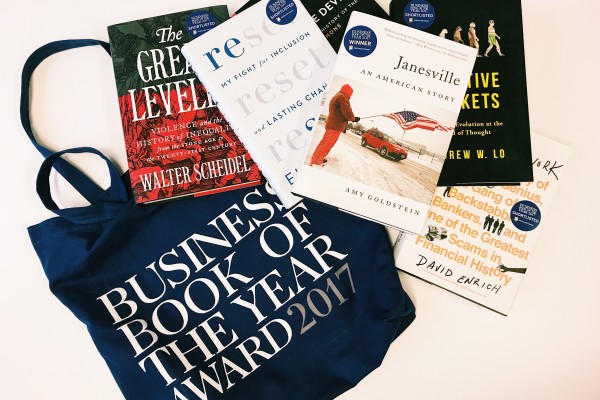 I had the pleasure of spending last night at the FT/McKinsey 2017 Business Book of the Year Award ceremony in Manhattan. In the competition: six of the best business books that have been published this year, ranging from dense tomes on economic theory and socio-political history to books dealing with sexism, the rigging of financial markets, and the history of the iPhone.

Having spent the past few weeks catching up on some of the titles, I was delighted when my favorite, Amy Goldstein's Janesville: An American Story, was awarded the top prize.

One of the reasons I loved it:  it's not really a book about doing business (there are no mindless platitudes about the importance of building teams or tips on dealing with email), so much as a deeply-reported, on-the-ground story about what happened to the town of Janesville, Wisconsin (population: approx. 64,000) after GM closed its factory there at the height of the financial crisis in 2008. That led to the direct loss of  1,200 jobs (with those being all that remained after years of cuts from the peak of 7,000 employees in the 70s), along with the positions destroyed by the domino effect in the surrounding community, from suppliers who lost their biggest customer to the local daycare that had to close its doors as parents lost the income needed to pay for its services.

It's a book that is heart-breaking at times: tales abound of teenagers being abandoned by parents who leave town searching for work; food banks that have to ration supplies; people suffering for lack of access to affordable healthcare when their benefits run out.

It's also sobering: Goldstein does a fantastic job of following locals as they transition through lots of different post-GM "opportunities", from strings of low-wage jobs, to those who attempt to reshape their lives at community college, to those who accepted transfers to plants that are hundreds of miles from home.

And it's even hopeful, albeit on an individual level, if not necessarily for the prospects of the community as a whole. It demonstrates that, even in times of crisis, people with a will to succeed can find ways to adapt and change to their new surroundings and situations—even if none quite make it back to the level they were at before.

While there's a definite, tangible political undercurrent throughout the book—Janesville is, of course, the home town of House Speaker Paul Ryan, who features prominently—there are no simple lessons or credos that can be drawn from it about the wider political picture across the country. That's due in large part to Goldstein's sympathetic, nuanced portrayals of the characters she encounters throughout her time in Janesville: while some lament the failure of the Obama-era policies to help the industry in this town, and others point out the problems with the enticements being offered by Republicans to lure new businesses to the town, the overriding impression is that politics doesn't matter nearly as much to any of the residents of the town as the concept of salvaging their community and preventing its slide into Ruse Belt obsolescence.

To that end, on a social level, the book raises profound questions about the meaning and limits of community, family, and even country. And it takes a deeper dive into each of those concepts and how they relate to the economy on a personal level than any other book I am aware of.

Finally, from a careers perspective, it's a reminder that nothing is forever—and that your responsibility as a job seeker in an age of increasing automation is to keep your skills current and your eyes on the horizon, scanning for threats.

As the individual stories chronicled in Janesville clearly demonstrate, there are many different directions that a person and a community can go in when their source of employment dries up. Some are positive and life-affirming, while others are tragic. It's not a book that offers any easy answers—in fact, it demonstrates how intractable and generations-in-the-making some of these issues are—but that's precisely what makes it so valuable as a tool for beginning to understand a massive slice of the American economy. It's a book that I haven't stopped thinking about since finishing it—even as I tried to get through some of the other titles on the FT/McKinsey shortlist. As such, it richly deserves the accolade it received last night, and I recommend it to anyone with an interest in understanding how the economy affects people from the ground up.

David Enrich—The Spider Network: The Wild Story of a Math Genius, a Gang of Backstabbing Bankers, and One of the Greatest Scams in Financial History

Brian Merchant—The One Device: The Secret History of the iPhone

Ellen Pao—Reset: My Fight for Inclusion and Lasting Change

Walter Scheidel—The Great Leveler: Violence and the History of Inequality from the Stone Age to the Twenty-First Century 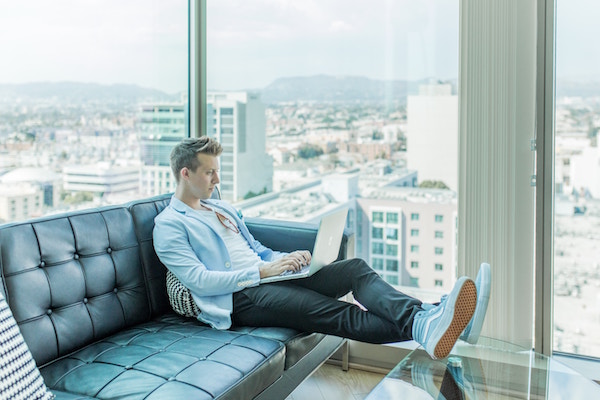 Can Growing Up Without Money Make You a Better Entrepreneur? 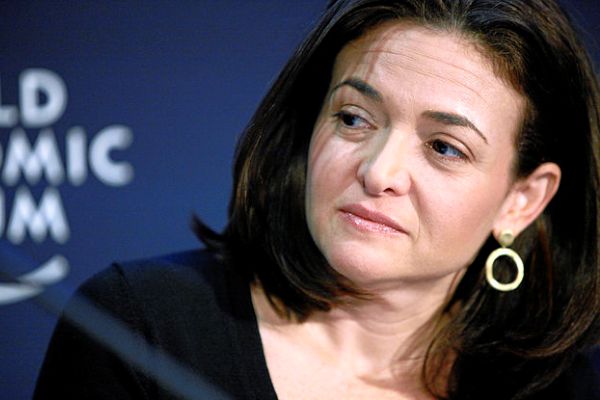