McKinsey Named Top Consulting Firm to Work For in Europe

The results of our final consulting rankings for the year are in, and once again it is McKinsey that has dominated the prestige and Best to Work For categories in Europe—with Bain also emerging (surprise!) as one of the best firms to work for in the region (as both firms are wherever they operate). But look further than the headlines, and there are some intriguing plotlines to be found, demonstrating yet again that, while rankings are a useful tool for understanding the broad picture of the consulting industry, they don't come close to telling the full story of what is happening there.

Take, for example, Strategy&'s position this year—the firm placed third overall in the European rankings, despite the fact that the deal that "created" it (PwC's acquisition of Booz & Co.) was still being finalized while consultants were taking our survey. Despite the uncertainty generated by the event—a fact that came across in some of the qualitative data—the firm's consultants rated it so highly that it maintained Booz & Co's position from 2013. Where it lands in 2015 will also be fascinating to watch—everything from the impact of the new brand name on prestige/reputation, to the transition to a new set of internal processes and increased footprint will have an effect on the firm's ratings.

Another notable storyline from this year's EU rankings has been the emergence of BCG at the top of the Management and Strategy practice area rankings—both categories that McKinsey has dominated for years. Given that McKinsey emerged as the most prestigious firm overall, it is intriguing that it performed less strongly in the two practice areas that are typically viewed as the most prestigious by consultants (for whom 'pure' strategy and working with high-level members of client organizations tend to be seen as markers of success). One possible reason: the survey data suggests that BCG is increasingly coming to be seen as a specialist in those areas—at least in Europe—while McKinsey and Bain are viewed as firms with a broader approach (i.e. serving more industries and practice areas). Thus, McKinsey remains the most prestigious overall, while BCG emerges as the top choice for those focused on Management and/or Strategy-related work.

One other takeaway is to note the performance of some of the boutique firms in the market. It's no surprise to see smaller firms offering better quality of life, but what is interesting is that two of the best-performing small firms in Europe—Candesic and Connell Consulting—both operate a similar model while serving clients largely in the healthcare space. Both firms approach the market the same way—with a core group of consultants and partners whose work is augmented by contractors. While the contractor model is more prevalent in tech consulting, it's less common on the strategy side of the business. With smaller firms having apparent success with it in the U.K., could it be the next stage in the wider consulting market? Or is it in itself a stage that smaller firms go through on their way to becoming bigger players?

For more on the rankings, there are a few other points extracted from the press release below. If you'd prefer to just go straight to the rankings, though, check out the following links:

Europe Best to Work For Rankings

The Top 10 Firms to Work for in Europe Based on Vault's Annual Consulting Survey are:

The rankings are based on the results of Vault's annual consulting survey conducted earlier this year. More than 2,800 consulting professionals of all levels across Europe assessed peer consulting firms on a scale of 1 to 10 based on prestige and practice area strengths (respondents were unable to rate their own employers in these categories, and rated only firms with which they were familiar). Consultants also rated their own firm on a variety of "best to work for" factors in such categories as firm culture, compensation, overall satisfaction and hours, among others. For the purpose of the Europe Consulting 25 Ranking, a weighted formula was used to combine findings from both prestige and best to work for ratings to create the overall "Top Consulting" category.

McKinsey consultants give the firm high marks for its efforts to put employees first, with one survey respondent noting that the firm has "Many initiatives available to improve work-life balance." Another McKinsey consultant added, "Travel is a big part of the job, yet the fact that one can often choose the location of the next project it is really in the hands of the individual consultant how travel-intense his/her week is."

And when it came to the everyday struggles of work, one survey respondent said of McKinsey, "I still look forward to going into the office every day because of the people I can choose to work with," while another added that the firm had a "Great culture. Your colleagues become your best friends."

Outside McKinsey, Bain took the top spot in three categories – Firm Culture, Green Initiatives and International Opportunities. "The firm is incredibly flexible, offering a relatively customized approach to making work sustainable for you in the long-term," said one Bain consultant.

Connell Consulting also took No. 1 in multiple categories - Hours in the Office and Work/Life Balance. "The quality of life is very good," said one survey respondent. "The business is aware of the fact they want to attract well rounded individuals who have a life outside work and the business sees the benefit of that."

Candesic took the top spot for Overall Satisfaction and was also No. 1 in Diversity for Individuals with Disabilities. "Candesic's culture is well suited to maintaining an appropriate balance between work and life," said one employee at the firm. "Partners are mindful of the impact of events outside the Office on the team, and work to support them as much as possible.

McKinsey also maintained its standing as the most prestigious firm in the consulting world while also standing out in the Practice Area Rankings, taking the No. 1 spot for Economic Consulting, Energy Consulting, Financial Consulting, Healthcare Consulting, Operations Consulting, and Retail Consulting. Industry insiders from peer firms praise McKinsey, noting that the firm is "market-leading," "transformational," a "top player," "highly prestigious," and "still the best, period."

The biggest news coming out of the Practice Area Rankings was the emergence of Boston Consulting Group atop the Management Consulting and Strategy Consulting categories—a field that has been dominated by McKinsey in recent years. While it is too early to identify whether the shift is evidence of a potential long-term shift in perception of the firms' capabilities among consultants, BCG's scores are no accident. Peer consultants say the firm employs "the smartest people in the industry," and are "innovative," "creative," and "one of the leaders" in the industry.

Accenture, a firm survey respondents call an "IT specialist," and "tech savvy," also performed strongly in the Practice Area Rankings, taking the top spot for IT Strategy and IT Operations. In addition, Hay Group, known for being "HR focused," earned high marks in its field, ranking No. 1 for HR Consulting.

View all of Vault's Consulting Rankings.

The 2015 Asia-Pacific Consulting Rankings are Here!

"Don't Choose this Firm!" What the Unhappiest Consultants Say About Their Companies 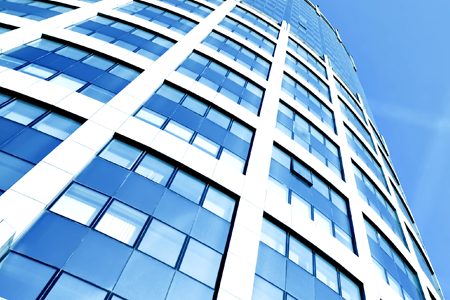