How to Be an Ally and Fight Racism at Work 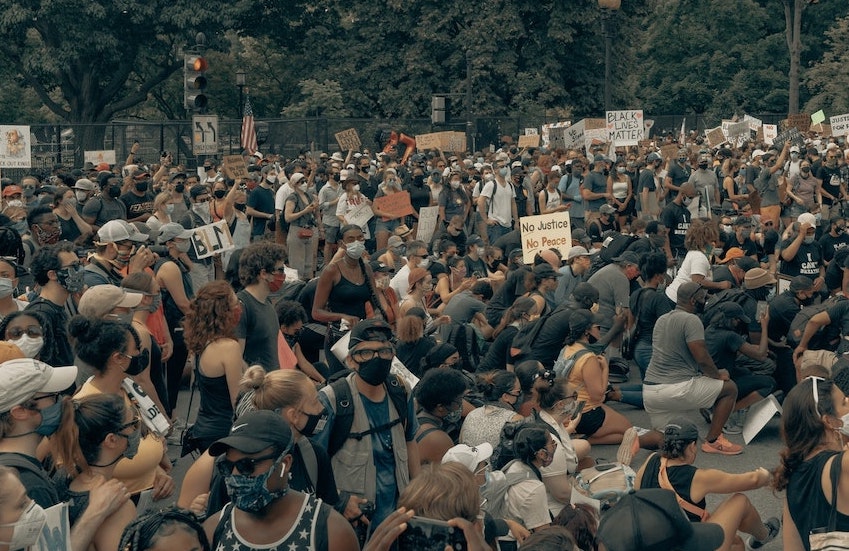 In the wake of George Floyd's death, many people across the country (and the world) took to the streets to protest police brutality and systemic racism. Many people also took to social media and asked, "What can I do to help fight racism where I work?"

To help answer that question, we recently spoke with career coach Kaila Kea-Lewis. We asked Kaila what a true "ally" is and does, how employees can help fight racism in the workplace, and what they can do if their companies haven't spoken out against racism. Below is an excerpt of that conversation.

Vault: Where did you grow up and go to school? What was your career trajectory to career coach?

Kaila: I’m originally from the Bronx, New York, and attended high school in Newport News, Virginia. After high school, I went to Old Dominion University, where I got my first job in career services. That job gave me the opportunity to work with employers and help students update their resumes, which I really enjoyed. Ten years later, I’m doing the same work, but on a larger scale and for my own small business, Coached By Kaila LLC.

Could you speak a little about your reactions to the death of George Floyd, ensuing protests, and growing Black Lives Matter movement?

The death of George Floyd is haunting and devastating. I won’t ever have the words to express this type of sorrow. I can’t explain how enraging and painful it is to witness the disregard for Black lives over and over again. Violence against Black people at the hands of police officers has always been a problem, but between 2014 and now, we’ve endured more of these killings than is humanly tolerable. However, Floyd's death has sparked a shift. Black people are tired of losing men, women, and children we love and hold dear to us to police brutality and systemic racism.

I’m proud of all the people who’ve been on the front lines protesting police brutality as well as those who’ve been publicizing Black-owned businesses and contacting the authorities to demand justice for Floyd as well as Breonna Taylor and Ahmaud Arbery. We’re all bringing different strengths to this fight, but we’re in it together.

There are two major parts to my work—career coaching and freelance writing. Representation matters. So, as a writer, I pull stock images of Black and brown people to illustrate my articles and interview women of color who work in a wide range of industries. This has always been a part of my approach to work and will continue to be.

As far as my coaching work, I love having a diverse client base. However, Black and brown people face inequities in the workplace that other people don’t experience. For this reason, I’m developing some workshops that cater to people of color and focus on tactical ways to combat discrimination at work. Honestly, I’m just keeping my ears and eyes open to what Black people in the workforce need and how I can create customized services to help meet those needs.

Certain terms have become more common in the rise of the Black Lives Matter movement. Could you speak about “allies” and “microaggressions” and the importance of understanding these terms?

An “ally” is someone who consistently and sincerely joins Black people in the fight against racism and police brutality. Allies use their financial and social resources to amplify Black voices. They also join peaceful protests and actively raise their children to embrace diversity and denounce the mistreatment of people of color. A true ally does these things because they believe it’s right, not to appear popular or gain favor with the Black community.

A “microaggression” is a low-key insult that may be intentional or unintentional, but is always rooted in ignorance. On my first day at a new job after grad school, I had my picture taken for a staff ID card. I returned twenty minutes later to pick it up. The white woman who took my picture insisted she’d already given it to me but it didn’t take long for me to figure out that she’d actually given it to another Black woman (who, I later found, looked nothing like me). She claimed it was a simple mistake, but I knew that the underlying message was that all Black people look alike. This is an example of a microaggression and Black people deal with them everyday.

What recommendations do you have for people wanting to help fight racism in the workplace?

In both your personal and professional life, listen before you speak. True allies don’t claim to know more than the oppressed. Practice active listening with people who’ve dealt with racial inequality, avoid making assumptions, and advocate for them. If you see that a Black coworker is being dismissed, discriminated against, or mistreated in any way, ask them directly how you can support them. Help make room for them as an equal and valued team member and denounce discrimination as you see it happen.

Further, research how your potential or current employer has addressed racial injustice. If they put out a message on social media claiming to stand with the Black community, ask yourself what kind of action you’ve seen them take that aligns with that message. What kinds of organizations or advocacy groups have they supported in the past? If the employer hasn't made any evident changes to foster diversity, urge them to do so. Do what you can to create a more inclusive work environment.

If your company hasn’t spoken out about the Black Lives Matter movement, understand that that’s not simply an oversight. Although George Floyd’s senseless death wasn’t the first that Black people have been outraged about, it sparked a large-scale response that we haven’t seen before. So, chances are, your company made a conscious decision not to respond. Given this, you’ll want to identify allies, determine who your audience is, and collectively craft a compelling, professional message that gets your point across. Don’t just point out the problem; identify potential solutions and explain why speaking out is important. Pull data to bring credibility to your argument.

Is there anything else that's important to mention that I didn't ask?

No one can decide what Black people need without including Black people. For centuries, we’ve been forced to adhere to laws and policies that have been created without our input. You want to know how Black people want to be treated at work? Ask them. We not only need to be included in these conversations, we need to be leading them.

Kaila Kea-Lewis is a career coach and freelance writer, mainly covering career changes, job searching, and improving the workplace. Her bylines include InHerSight, Glassdoor, and ZipRecruiter. 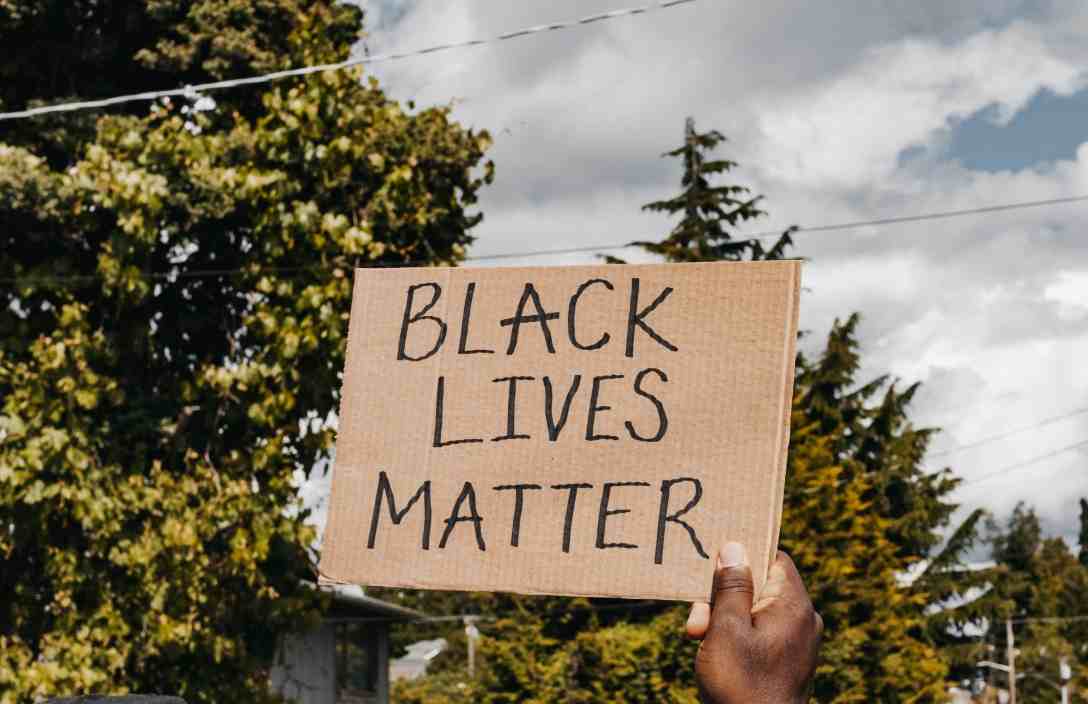 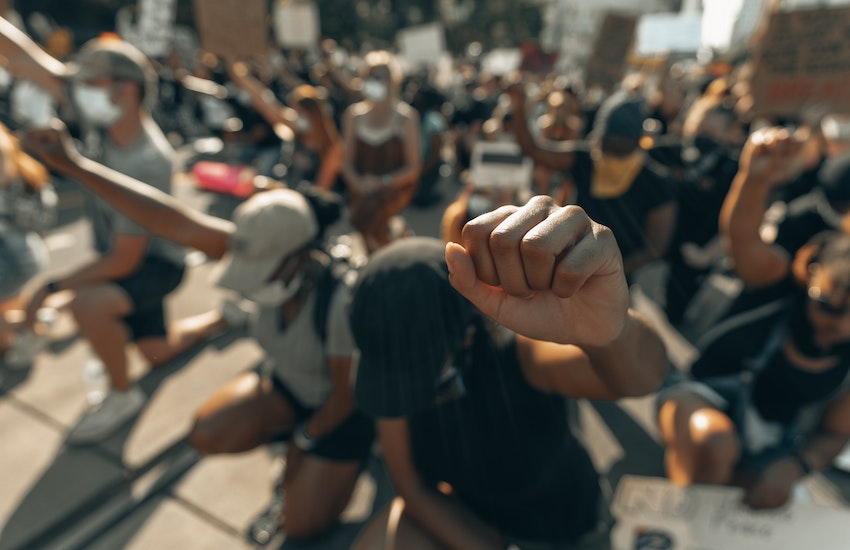 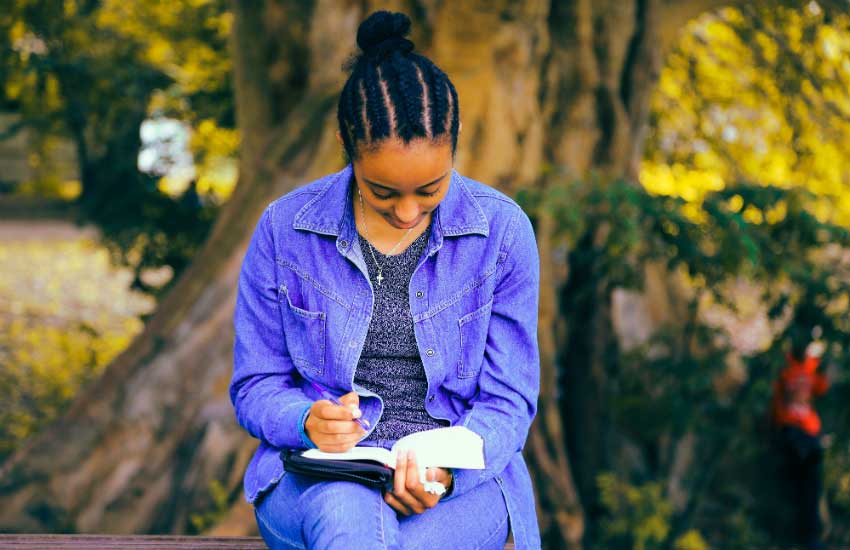